What happened this week?

Things are going too smoothly, and in weird ways.

We did some major lighting tests, trying to anchor our player character into the game better than it already was, as there have apparently been some concerns about how well our character will mesh with the environment. I’ve personally spent the week trying to get our lights functioning in a way that actually has them working, and not conflicting with each other so hard that we lose performance. 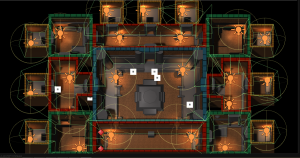 Additionally, we started work on our end of term presentation, going over the basics of how we want to present, and how we want to lay out various concepts.

Also, the programming team learned the hard way that if they move the camera, all of our 2D colliders will completely break, so I got to spend a night fixing them! (Sarcastic yay!)

Positives: As far as we know internally, we’re on track for the deadlines we set for ourselves.

Negatives: There’s no way things will keep going this smoothly. Additionally, apparently there’s some discontent within the group, but we’ll be giving everyone a chance to voice their concerns within the next day or so.

Total Hours for the week: 59 hrs

In the meeting of Monday, we showed our advisor what our game looks like so far.  Mr. Wargner admired our map environment and texture layout, but he felt the 2d character is not fit with our 3d environment, and pointed out the issue on the perspective of character, is lying on the ground not walking on the ground. It came up a question we mainly discuss this week. In the end, we decided to add light effect on character to see if it`s helpful. However; I personly think that we need model character in 3d, rigging that and animating that. Although it is hard, 3d animation is what I learned in three years at Drexel University. However; I am not the leader of our project. Because of I did a good assignment on stimulation class, my teammate asked me to make a fire effect in Maya, that`s the main task for me this week. I tried my best to make it well, but the issue happened on Vray, I can`t render it all, so I have to use mental ray to render instead.

Positive:  I did not hear any bad feedback from advisor about what I did for our project so far, which is of benefit to me to continue working on our next step with confident.

Negative:  I really feel every time we meet, we always put something later to talk, and then put our later talking thing later talk. It made everyone have different thoughts of our joint work, and lots of misunderstands happened when we meet together. I think one of us need to stand up as a manager of our senior project. and he/she can, at least, control everything.

The fire simulation I did this week.

• Updating and Fixing the Rigs in Spine (1 hrs)

Total hours for the Week: 18 hrs

-I ended up working on the website early in the week like I planned on doing weeks ago so the moment it’s finished I can start doing more marketing type things to push our game forward.

-Got some documentation done for the CS Side

-Got thrown a wrench on Monday on our design which set us back.. sort of. Mostly fixed the perceived problem

-Haven’t finished the page for the promotion of our game yet- that will be completed sometime this coming week.

-Skins are far more time consuming than I realized.

This week was rather stressful after hearing Wagner was disappointed with our current progress and his thought that we should redo the character to fix the aesthetic of the game. We don’t have time to be scrapping things at this point with our deadline basically being the end of winter term. I had to prepare for Wednesday by finding different examples of games that had a similar angle to ours to see how we could solve the issue. On Wednesday, we managed to agree that if we were going to revisit the character it would have to be first week next term and this term would need to be to finish as strong as we can with what we have. Jordie, Resh, and I worked on the game Logo and the presentation for this week. I also took the time to UV unwrap the models. There were some defects and oversights in the geometry that had to be fixed. That task took longer than expected. Textures for those items will be pumped out next week.

Positive:
I am glad UVs are done for this term. We had setbacks in our aestetic but we should be able to bring it together nicely.

Negative:
There was some communication breakdown this week at the meetings and some people were going rogue with ideas that we don’t have time to finish with. I was delayed in my task to get textures because of the objects needing to be UVed and the defects that they had.

Attended meeting with the Prof. Wagner on Monday. He pointed out that the 2D character does not blend with the 3D background. Surprisingly that was my concern on week 1. Prof. Wagner said that the character looked like it was rolling on the floor in stead of walking. Furthermore, the light in the environment does not lit up the 2D character, which breaks the connection between them even more. Therefore, we had 2 options: 1.we adjust the environment camera angle as well as the player character and make the player responsive to the light in the environment;  2. 2D sprites are taken placed by 3D character. However, team members were not willing to pick the second option, because that will turn all the current character art assets into ash. Although I personally think it won’t work as well as we thought, option 1 is the easiest fix to this problem. In this case, my job was look into solutions to make 2D sprites lit up by the light in the environment. (1.5hrs)

I looked into Unity official website and youtube tutorials  in order to searched for solutions. Eventually, it seems like the answer to lit up 2D sprite is possible by using 3D materials. (2hrs)

We had our DIGM meeting on Wednesday.  I provided a lot of 2D top-down games’ screen shot samples to the group. I hoped we could have some good references to adjust the camera angle in our game. At the meanwhile, I told my group that I had solution to make the 2D character sprite affected by light. (1.5hrs)

On Friday full group meeting, we talked about the UI.  During the meeting, we went through Unity project, and the UI structure was too complicated for me to do any editing to UI. Furthermore, programming team were not able to fulfill my design of the phone UI layout. We are not going to have player icon nor player name tag, at least in this quarter. Before the meeting ended, Resh told me that I need to make the player sprites responsive to the light by the end of Saturday. （2hrs）

I made the player sprites were able to respond to light. (0.5hr) However, Perforce had problem that I couldn’t upload it. I asked for help in our group chat but no one responded. I fixed it by myself at the end.

Made mock up for ip sign-in screen UI and option menu. (3 hours) 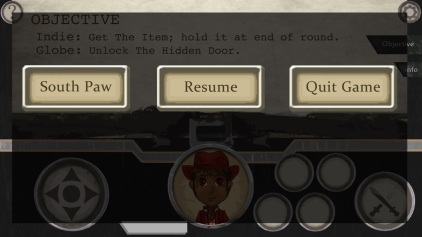 Positive: We meetings in this week cleared out all the fogs in this project. It’s good to know how we went wrong as well as what were doable. It makes everything realistic.

Negative: I was sad to know that I had no ability of  convince other people. The problem that prof. Wagner pointed out on Monday was foresee by myself on week 1. The group were so confident about 2D sprite + 3D environment that no one gave shit about my concern. Under current situation, in the worst scenario, we have to make 3D characters from scratch and do the rigging and animation. My UI design couldn’t be fulfilled and I just got noticed on week 8. The only things that are workable are buttons. The whole design was pointless and I got to do more. This makes me so disappointed that I got no one to blame, but myself. I 100% finished all the tasks each week but I felt I had accomplished nothing.